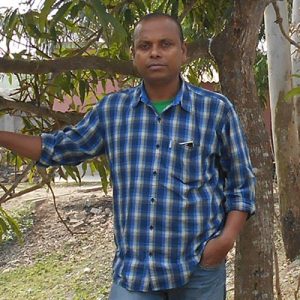 Hemnagar-Jogeshganj of Hingalganj Block of North 24 Parganas district,West Bengal. Geographically it is quite nearBangladesh border line ,covered by long stretch of water, we can see that the total sundarban island is surrounded by river. Natural calamities like Tsunami, flood. People easily affected and surprisingly they fight against natural odds with no option left for them . agriculture, fishing,crab and honey collection and day laboring is the only source of their livelihood. A group of highly dedicated and enthusiastic volunteers are always available for the services of the poor. They are equipped with updated knowledge and skill through regular training and orientation. Initially sundarban dream confined its activities within five Block area of South 24 Pgs and North 24 Pgs district. . Sundarban Dream started its various activity slowly and steadily and very soon it emerged to be a people’s organization. The popu;ation of the villages were mostly SC & ST and OBC . Sundarban Dream with its scarce resources and blessed with whole hearted support from the people under took many development initiatives, while being engaged in organizing development work at sundarban areas.

G.Mustafa founder and Secretary of Hemnagar Sundarban Dream (NGO) its known as Sundarban Dream and its dream of Mustafa for the welfare & development for remote area of sundarban coastal region where maximum population under poverty line ,their livelihood depend on forest for fishing ,crab, forest honey and agriculture ,he realize when he came during the AAILA calamities 2009 then he decided want to do something for the remotest area and want to implement his dream for the welfare and development for the poor & needy community. and maximum population earn from fishing and fish culture and its good option for their livelihood

he started the comprehensive development programme in Hemnagar and Jogeshganj and today, it has spread to a large part of the Sundabans. At the beginning, the Jogeshganj-Hemnagar Comprehensive Rural Development project focused on agriculture and tried to free poor villagers from the local money lenders. Today, it delivers a spectrum of development interventions from agriculture to health initiatives.

Hemnagar Sundarban Dream known as Sundarban Dream was conceived years back by G.Mustafa a social worker during Aaila (like Tsunami) It is during this time that he came across the difficult way of life, the local community people were facing. He was moved by the life story of local people and made a detailed study of their plight & probable reason. On numerous visit to the fringe colonies of the 6 blocks surrounding the Sundarban Reserve Forest he found that thousands of people are living in a very small earthen hut beside the many waterways. They have no source of living except the small forest produce and the fish from the waterways. They are settled for more than 30 years and depend on collection of fish, crab, honey, firewood. They have no resources for living and not even the provision of drinking water were not there, for which they have to travel daily few km inside the village. During the numerous visit he saw people with severe injury marks, without limbs and came to know that these people are survivor of tiger, crocodile or shark attack inside and outside the reserve forest. The fringe colonies have no infrastructure including roads, water supply, medical facilities leading to insufficient medical treatment of the injured one leading to death in most of the cases who get first aid after hours of travel from the jungle to a clinic which are very few and ill equipped.

The Sundarbans mangrove forest is one of the richest and most unique ecosystems in the world. It occupies 10,000 km² in the Ganges delta, with about 40% of the area within the Indian state of West Bengal and the remainder in Bangladesh. In India, about 45 percent of the total area of the Sundrbans is under mangrove forests, which is the home to more than 10% of mammals and 25% of birds found in India. It is also the habitat of endangered mega fauna, including the Royal Bengal Tiger and several species of river dolphin.

The Sundarbans is home to 4.5 million of India’s poorest and most vulnerable people. A high percentage of the population lives below the poverty line. Per capital income in the region is about USD 50 cents per day, which is half of the internally accepted indicator of extreme poverty. There is abject poverty and lack of basic food security ad as per the data for 2005-2009, 6.33% of all households consumed less than one square meal per day of food during the majority of the year, and 18.7% are able to consume only one square meal per day.

In 2012, the Jogeshganj-Hemnagar –Chhtomollakhali- Comprehensive Rural Development Activities adjoining villages. Agriculture, being the major economic activity in those days in Sundarbans, fish-culture and agricultural development was taken care for scientific fish culture through the ICAR-CIFE-Kokata and Agriculture Department ,Govt. of West Bengal. It is accepted by the people now-a-days, that there should be a diversification of crops, without which the socio-economic structure at Sundarbans would be destroyed. Keeping this in view, Sundarban Dream took their objectives with special thrust on Fish culture and agricultural development.

Comprehensive Rural Development Activities adjoining villages, Agriculture, Animal Husbandry, Horticulture, being the major economic activities in those days in Hill area’s, Coffee Cultivation , Large Cardamom and animal husbandry development activities was taken care for income generation. It is accepted by the farmers now a days, there should be a diversification of crops . Sundarban Dream took their objective with special thrust on agriculture and allied activities and Skill Development.

Alleviating poverty by making people economically self reliant.
Providing education to all.
Awakening people against women and child trafficking and child labour.
Creating pollution awareness among the people.
Health Consciousness.
To make people believe that superstition is a curse.